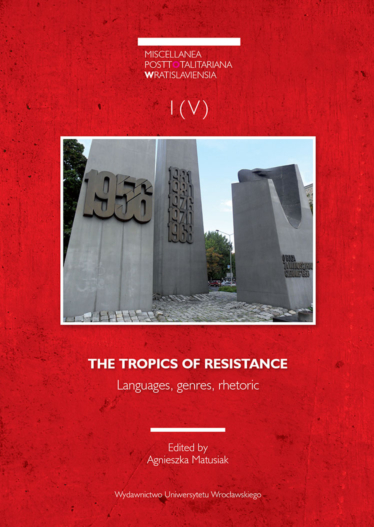 Anti-communist resistance or dissidence, a huge archive of various forms of expression from subversive humor to open opposition, has not been an easy object of research in literary studies and theory, the two fields which would naturally, as it would seem, be inclined to investigate this vast field of discursive activity. Focus on languages, genres and rhetoric in articulations and practices of anti-communist resistance (which also includes resistance against the oppressive totalitarian state) is of utmost importance in developing grounds for a comprehensive understanding of cultures of resistance in Central and Eastern European countries under communist rule. Resistance and language awareness was definitely a trademark (for want of a better word) of opposition in the communist bloc. The phenomenon, however, still lacks a synoptic yet nuanced methodology for a critical comparative reading of its converging and diverging forms in the cultural and political geography of our region. The volume edited by Dorota Kołodziejczyk and Mateusz Świetlicki sets out to bring together key intersecting dimensions of reflection on resistance as discourse, rhetoric and imagination in a comparative perspective created by the regional scope and the mediation of postcolonial studies.