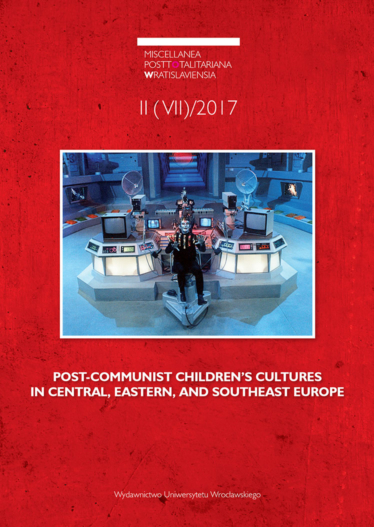 This special volume of „Miscellanea Posttotalitariana Wratislaviensia” is monographic in nature and showcases a variety of thought-provoking approaches to children’s literature and culture. The authors are interested in exploring how children’s culture produced in the formerly Soviet-ruled countries has addressed the experience of post-communist subjects, both those who have lived in the former regime and those for whom it is a memory passed by older generations — today, no one under 28 was even alive when the communist rule in East-Central Europe still existed; no one under 35 or so has any meaningful memories of it. The contributions to the present volume capture selective engagements with the thematic, generic, and media diversity of post-communist children’s culture. We hope to initiate a more wide-ranging discussion on post-1989 children’s culture in East-Central Europe as reflecting a shared experience, regional interactions, and nuances of the distinct paths each of the countries in question have taken since 1989.